Many people who know a lot about valves may not be aware of what these problems can cause, and the information they consult is often complicated. The motorcycle engine valve supplier will give you a simplified analysis, from understanding valves to drawing conclusions.

Structurally speaking, the side valve is the simplest, but due to the adoption of this valve form, the engine's anti-explosion performance and high-speed performance is poor, can only be used for low compression ratio and low-speed engines, trapped foreign countries have stopped using.

In terms of performance, the overhead camshaft type valve is the most ideal, as it can meet the requirements of high speed, high compression ratio, and high power vehicles, and at the same time has a good economy, so it is widely used.

Its structure is more complex. At present, most of them continue to be used in the United States, Italy, and other countries in former West Germany (R-series motorcycles produced by BMW) due to production habits. 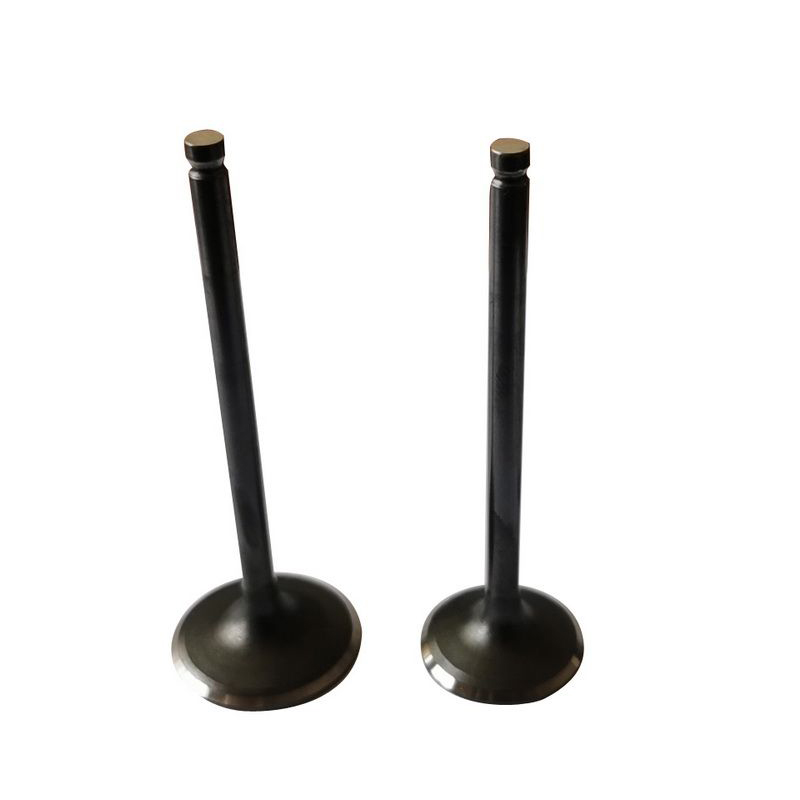 When the vehicle is in use, the valve lash will change due to wear of the parts of the air distribution mechanism or loosening of the adjustment screws, so it must be checked and adjusted periodically.

(1) Remove the intake and exhaust chamber cover and the magneto cover;

(2) Rotate the rotor of the magnetomotor so that the "T" mark on the outer surface of the rotor is aligned with the mark on the casing, and the piston should be at the upper stop of the compression stroke.

(3) Carefully insert the ruler with the thickness of the specified valve clearance value into the valve clearance and pull it back and forth, if you feel a slight resistance, the clearance is suitable.

2. The adjustment method of side valve clearance

3. Problems to be explained

The hot gap is slightly smaller than the cold gap, and the gap measured in the cold state of the engine is the cold gap.

Usually, the intake valve cold gap is between 0.08～0.10mm, and the exhaust valve cold gap is around 0.10～0.12mm. The adjustment should be made strictly according to the clearance specified in the instruction manual.

Next: How to Overhaul a Car Engine Valve?