Valve components include valves, valve seats, valve guides, valve springs, lock plates, and spring seats. The intake valve group of the LLR-6105T diesel engine is also equipped with an oil-resistant rubber protective cover to prevent the oil from being drawn into the cylinder from the gap between the intake valve stem and the valve guide. A valve rotator is installed in the exhaust valve group, and the exhaust valve is rotated by an angle during the valve closing process to prevent carbon deposits between the valve and the seat and ensure the tightness of the valve closing. Diesel engine intake valve manufacturer shares with you. 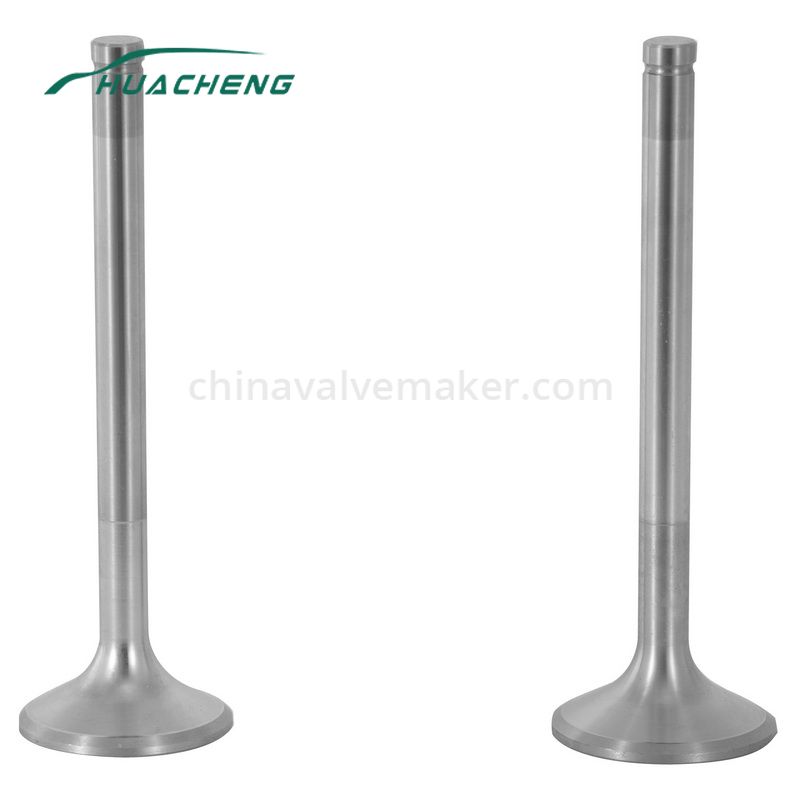 (2) Valve seat: Some valve seat and cylinder head into one or made of wear-resistant alloy cast iron inlaid ring, inlaid on the cylinder head, after the hinge and valve grinding so that its ring belt in the middle of the valve cone. The width of the belt is 2 ~ 2. 5 mm, so as to ensure a reliable seal. The used valve and seat should not be more than 2 mm or 3.5 mm after grinding. Because the valve head sinking volume exceeds the limit, the compression ratio will be reduced, so the engine performance and economy will be reduced.

Our company provides a chroming valve.